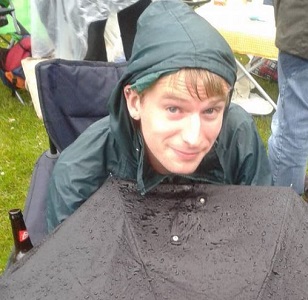 In 2 days, the Edinburgh Fringe kicks off. And in ten days (on the 14th) I’ll be starting my 7-day run at The Southsider Pub (venue 148, if you were eagerly scrabbling for your fringe guide), of my solo show Rob Hobson Needs To Talk.

Rob’s been a character that’s been in my life on-and-off and in various formats for about 3 years now, and he’s really started to find his voice in the last year.

In equal measures painfully honest and riddled with self-doubt, he’s fun to work with. He manages to always think of things from a sideways angle, and shine a light on things that I never could. He knows more about the Power Rangers than I do, is wholly more forgiving, innocent and enthusiastic about the world. It’s a mixed blessing for him.

Though his voice first started appearing a few years ago, last summer he came into his own when I accidentally started taking him along to open mic nights at The Surf Café in Tynemouth. Having arrived to a night run by my friend Matilda without anything to read, Rob appeared, and decided to wing it. He talked about wanting to have a fight with the sea if I remember right. But not, like, in a violent way. Just like when ya love something so much, or ya so over-awed by something that you want it to swallow ya, you know? Like a cuddle fight with the big-dark ocean.

People seemed to like him. He went back a few times.

Then I took him to ARC Stockton to do a 20 minute set, about falling in and out of love.

He even did a few guest spots at the Fringe last year.

And now he’s got his own show. 45 whole minutes of it.

Building something up from what was originally a character who could manage a ten minute turn to being able to sustain a whole show has been challenging, nerve wracking, but massively exciting. And now, having opted for 45 minutes because I didn’t know if there’d be an hour in him, I’m kinda wishing I had the extra 15 minutes. He’s got a lot to say. He’s sorry if he says it a bit too fast sometimes. He just likes talking. He needs to talk. He’d love you to listen.

Come along if you’re free.

Here’s the listings 🙂 – THE LIST – ROB HOBSON NEEDS TO TALK 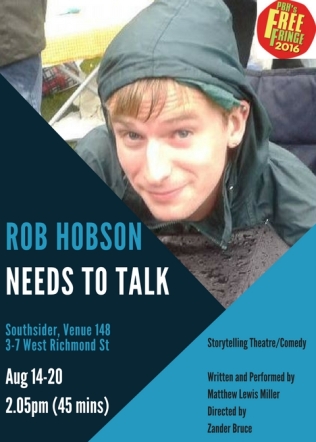 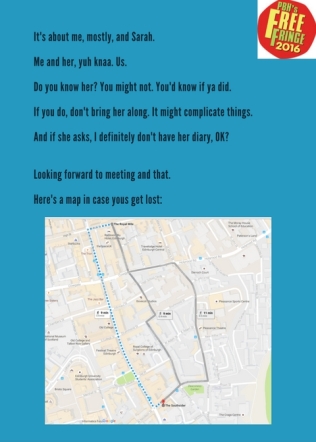