A concept devised to accompany the my first solo show Sticking, the Conversation Café was part writing workshop and part sharing of stories and anecdotes.

Following the idea that ‘Sticking’ gave me the opportunity to explore and share stories from my past, the idea of the Conversation Café was to create an environment in which people could share their own stories, swap them and talk about them.

Though there was no pressure for stories to be particularly revealing, in the end we heard a lot that felt quite personal. There were stories of ghosts appearing to help with difficulty, the love and pain of childbirth, the analogy of mental instability being like a duck on the water – smooth on the surface and kicking frantically beneath – and a story of a perfect moment in an unlikely place. The atmosphere never felt particularly heavy, however. Conversation was light-hearted, engaged and flowing. 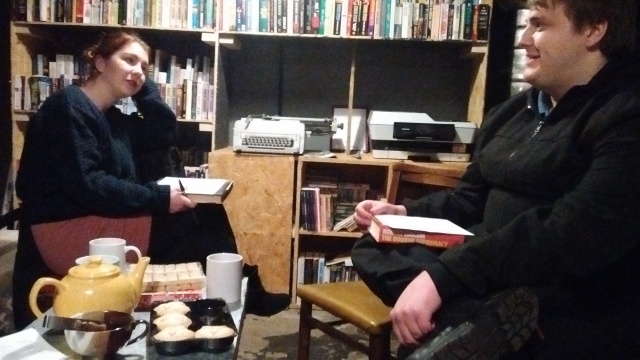 Following introductions, I performed a short extract of ‘Sticking’ with an explanation of the storytelling style we were aiming for – namely emotional content rooted in events, so that the emotions and themes of the show were not told directly but rather shown through the events of the production.

Participants were then offered prompts relating to themes of the show, and given time to think of and share stories. Finally, a little time was given to thinking about how these stories might be constructed to deliver narrative effect.

Here are the prompts which we used –

First Time Away From Home

A Moment of Understanding

Falling in Love (With someone/something/some place)

Trying to be Something You’re Not

A Time You Tried to Escape Yourself

A Time When The Grass Was Greener

A Time When Everything Went Just As It Should

If you want to hold your own Conversation Café, the model is very easy – find a time and place to meet. Make tea, bring cakes and biscuits. Offer prompts, to be used or not as seen fit. At first in groups or pairs, share stories orally. Give time to ask questions about the story and follow discussions that arise from it. Then allow space for stories to be shared amongst the group as a whole. Finally, in case anything shared has left people feeling at all vulnerable, go round and decide on one nice thing you’ll do for yourself later in the day. Mine was a bath and a little free-writing time before bed. Above all, enjoy and let the conversation go where it will go. 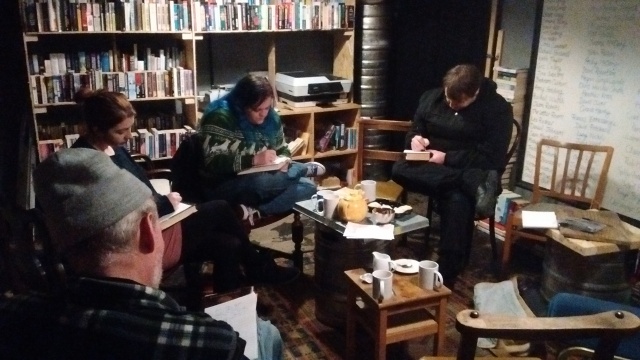 One thought on “Conversation Cafe”